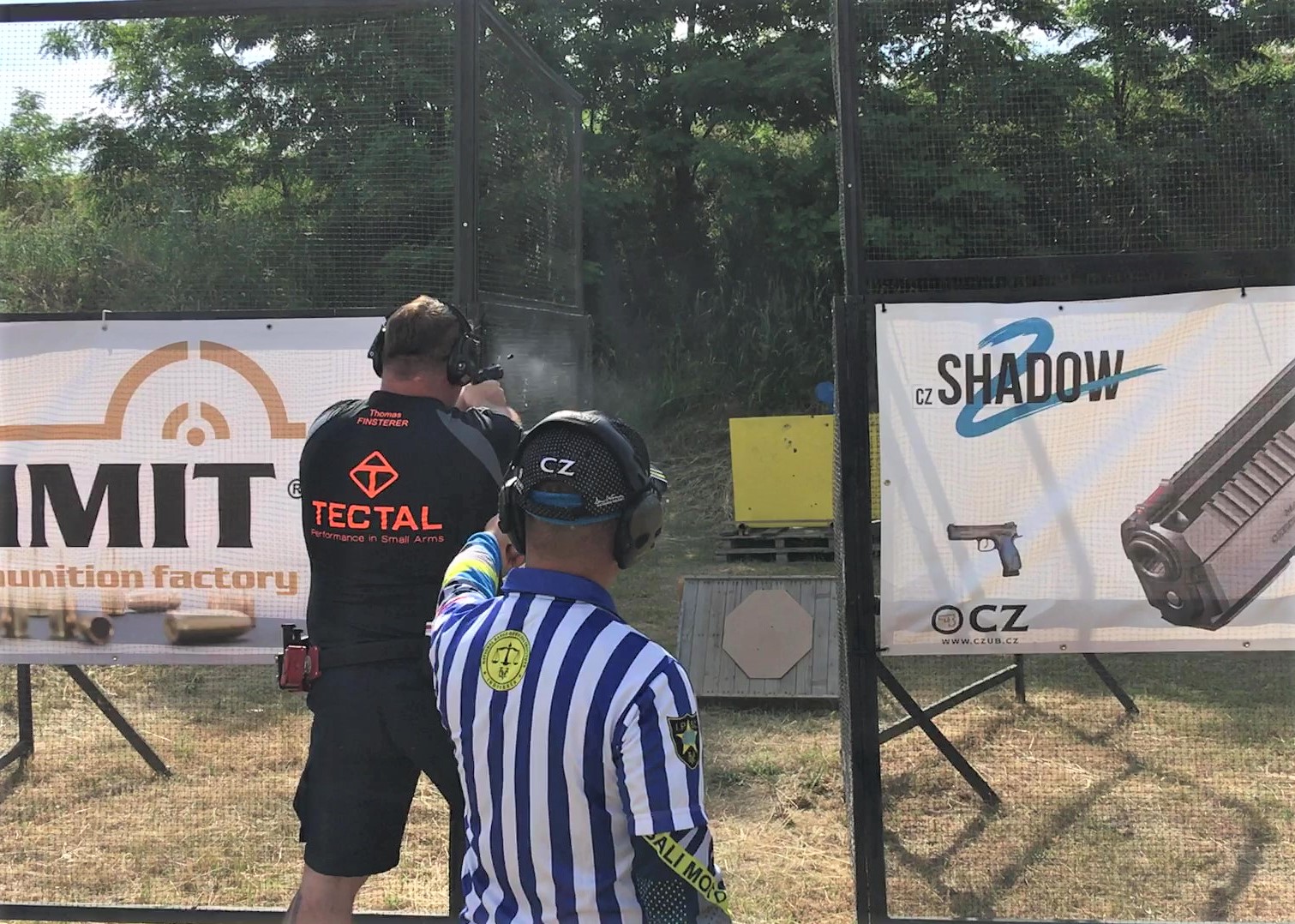 11 Shooters of the TECTAL Shooting Team competed in the divisions STANDARD, OPEN and PCC during the XI. Extreme Euro Open 2019. For more than half of our shooters this was their first ever match in the Extreme - series.

We are proud that all members of the TECTAL shooting team successfully completed the 30 stages and each one of us has gained valuable experience the like of which can only be had at such large, international events. After the dust has settled following three hot and demanding days of shooting the consensus in the team was that “After the Extreme is before the Extreme - we will be back!”.

The match itself with a total of 30 stages was of excellent design with few no-shoots and plenty of moving targets allowing for fast and highly dynamic shooting without ever being easy. A grand total of 1142 registered, international shooters with some of the biggest names in IPSC participating speaks for itself.

All TECTAL parts for CZ pistols, the Beretta CX4 and the AR-15 pistol caliber carbines as well as the new 2011 magazine floor plates were used during the EEO with every part providing flawless function and proving its worth as an IPSC - competition ready upgrade. In addition, the TECTAL steel - recoil spring guide rod with PU - buffer plate and brass guide block (PN 04.112) for the Beretta CX 4 was subjected to a final and successful test and will become available shortly on www.tectal.at.