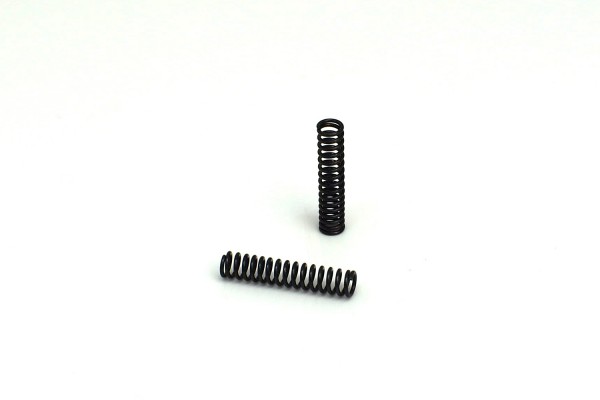 The reduced power magazine catch spring (aka magazine release spring) for 1911 and 2011 pistols replaces the standard spring which is oftentimes considered too hard especially for competition use. The reduced power spring allows for an easier and faster operation of the mag release and improves the insertion of a new magazine by reducing drag on the magazine body.

The spring rate was chosen as the best possible compromise between intentionally having to press the magazine catch and reducing the effort of doing so considerably.

The installation procedure is identical to the standard spring.